Calcium Sources For Your Baby

This page helps you discover the best calcium sources for your baby and learn more about your baby’s calcium requirements.

Why your baby needs calcium

Contrary to popular belief, calcium isn’t JUST good for the bones – it actually plays an important part in lots of functions of the human body.

In fact, it is the most abundant mineral in our bodies, with over 99 per cent stored in our bones and teeth and the rest stored in other parts of the body, including muscles, blood and the fluid in between cells, where it acts as a ‘messenger’ for the central nervous system. 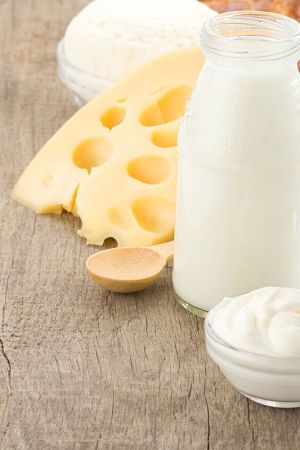 Throughout life, our bones undergo a lot of changes! From birth, then throughout childhood and adolescence, a great deal of bone formation takes place.

A lack of calcium in infancy can lead to rickets, a conditions where the bones soften and may become deformed or may break easily.

Our bodies continue to add bone mass until the age of 30, when we achieve ‘peak bone mass’. After that, things may begin to go downhill as our bones start to break down (this is known as resorption).

As we age, the rate of resorption exceeds the rate of formation – and this leads to bone loss.

Building strong bones from infancy, therefore, not only protects against rickets but also plays a huge part in delaying bone loss in later life.

A lack of calcium is also believed to contribute to diseases like hypertension, kidney disease, heart disease and – possibly – cancer of the colon.

How much calcium does my baby need?

So why the difference?

Well, the lower set of figures was established for breast fed babies – and the higher set for those babies receiving formula (more about that later). There are also small differences in recommendations from one country to another.

The following guide to the Calcium Requirements of Infants, Children, and Adolescents from the American Academy of Pediatrics shows both the lower and higher figures.

* Recommended intakes were provided in different forms by each source cited. The Food and Nutrition Board of the National Academy of Sciences (NAS) released Recommended Dietary Allowances until 1997. In 1997, it chose to use the term adequate intake for the recommendations for calcium intake but indicated that these values were to be used as Recommended Dietary Allowances. The NIH Consensus Conference did not specify a specific term but indicated that these values were the “optimal” intake levels. Dietary recommendations by the NAS are set to meet the needs of 95% of the identified population of healthy subjects. The NAS guideline should be the primary guideline utilized. For infant values, the 1994 NIH Consensus Conference indicated values for formula-fed infants, whereas the 1997 NAS report used the infant fed human milk as the standard.

Milk – either breast milk or formula – meets your baby’s nutritional needs for much of his first year… and that includes his calcium requirements.

And the good news is that breast milk always contains the right amount of calcium for baby – even if Mum does not have enough in her diet.

Incidentally, babies have a wonderful capacity for absorbing calcium (around 60% of available calcium), precisely because it’s so important for the formation of their bones. Sadly, this capacity for absorption decreases with age.

Towards the end of baby’s first year, solid foods begin to replace milk as his main source of nutrition. It’s at this point – then throughout childhood and beyond – that you need to ensure the foods you give your little one provide enough calcium to meet his needs.

Good calcium sources for your baby

It is also possible to derive calcium from hard water if you live in a hard water area.

How to help your baby absorb the calcium from his food

Offering calcium-rich foods is one part of influencing your baby’s calcium levels, but there are other factors that affect just how much calcium your baby absorbs.

How the body loses calcium

The human body loses calcium in the urine, in sweat and in faeces. Too much sodium (salt) in the diet increases the amount of calcium that the body loses.Another problem can be consuming too much protein. When protein is digested by the body, acids are released into the bloodstream. Your body neutralizes these acids by drawing on calcium from the bones. Protein from animal sources is believed to cause more leaching of calcium than protein derived from vegetable sources.

Calcium and the vegetarian/vegan baby

Some sources suggest that babies on a vegetarian diet may be at risk of reduced calcium levels, because they may eat more of the plants containing oxalic and phytic acids that we referred to above.

On the plus side, however, the reduced calcium absorption from these plants may well be balanced by the fact that vegetarian babies do not consume as much protein (particularly, of course, meat protein) as their meat-eating counterparts. This results in less of the leaching of calcium from the bones associated with the digestion of protein.

Still, it’s a good idea to discuss the requirements of your vegetarian baby with your child’s doctor.

Babies on a vegan diet may be at risk of low calcium levels because they do not consume dairy products. It’s important, therefore, to ensure that the diet of a vegan baby contains lots of alternative calcium sources from the list above. Again, you should consult your doctor to ensure that your baby is receiving enough calcium in his diet.

Does my baby need a calcium supplement?

Calcium supplements are rarely recommended for babies. The AAP states that:

The need to provide calcium supplementation to older children has not been adequately studied. However, as the AAP quite rightly points out

…Perhaps of most importance in this age group is the development of eating patterns that will be associated with adequate calcium intake later in life.

How much protein does my baby need?

Vitamin C and your baby’s diet

The benefits of wheat germ in your baby’s diet